Diversity and Inclusion Member Webinar: Understanding Victims of Trauma in Your Cases

Product not yet rated

Join NCAJ for its Diversity and Inclusion free member webinar for October on Understanding Victims of Trauma in Your Cases.  Leto Copeley, NCAJ Member, the past President of the National Crime Victim Bar Association and a Governor’s appointee to the North Carolina Governor’s Crime Commission will speak on the effects of trauma on our clients, especially clients of color. Leto has vast experience representing children and adults who were sexually abused against the institutions that failed to protect them. She will walk us through how these traumas effected the cases and the clients and help us get a better understanding of the best practices for representing these clients. 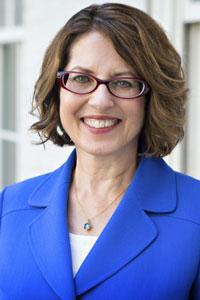 Leto came to North Carolina after graduating from Harvard Law School in order to work as a law clerk for US District Court Judge James B. McMillan in Charlotte.  During her clerkship she fell in love with the state and decided to stay.

Leto has a long and successful record of handling cases of personal injury, workplace injuries, wrongful death, sexual harassment and sexual abuse.  She now primarily brings claims on behalf of children and adults who were sexually abused, against the institutions that failed to protect them. Leto has obtained substantial jury verdicts for her clients, and has argued and won cases at the North Carolina Court of Appeals, the North Carolina Supreme Court, and the United States Court of Appeals for the Fourth Circuit. She enjoys representing individuals rather than big companies, since she has never forgotten the early years of her life when she supported herself as an auto parts worker, house cleaner, and waitress.

Leto is very involved in the crime victim rights community.  She currently serves as a Governor’s appointee to the North Carolina Governor’s Crime Commission.  In 2019 she served as the President of the National Crime Victim Bar Association, and she continues as a member of its board.  Trained as a mediator, Leto also currently works as the ombudsperson for the American Economic Association, whose leadership is devoted to making the economics profession more inclusive and welcoming to women, racial and ethnic minorities, persons with disabilities, and the LGBTQ community.